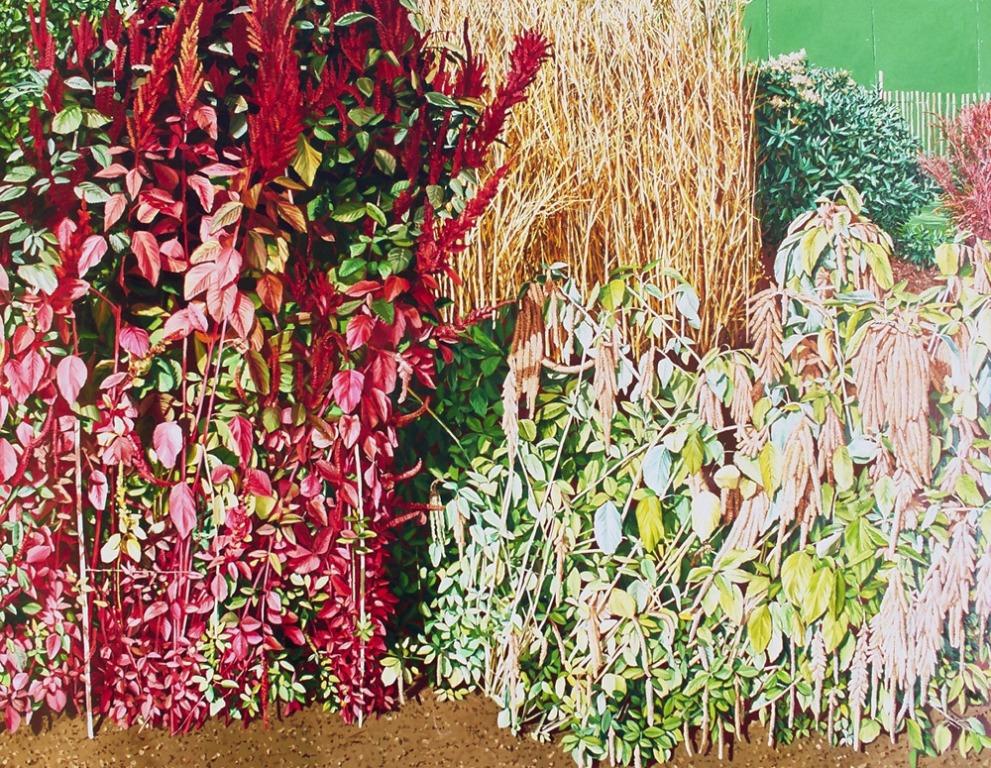 Born in Wellington, Karl Maughan lives and works in Auckland. Completing a Master’s degree from Elam School of Fine Arts in 1987, he spent some years based in London until resettling in New Zealand in 2005. A painter known for hyper-realist native and garden landscapes these impressionist scenes are rendered in vivid, contrasting and highly compositional brushmarks. Employing a naturalist approach, the visual play of light, shadow and colour of his subject matter is emphasised over aspects such as natural cycles of growth and decay. Viewed from a distance, however, the paintings become more photographic. Lush flower and garden views are designed to draw the viewer into a three-dimensionally rendered fantasy space where the viewer might create their own narratives. Exhibiting in solo and groups shows for over two decades, the artist has also completed several large international commissions. In 2007 a major retrospective on Maughan’s work was shown at Te Manawa Museum in Palmerston North.