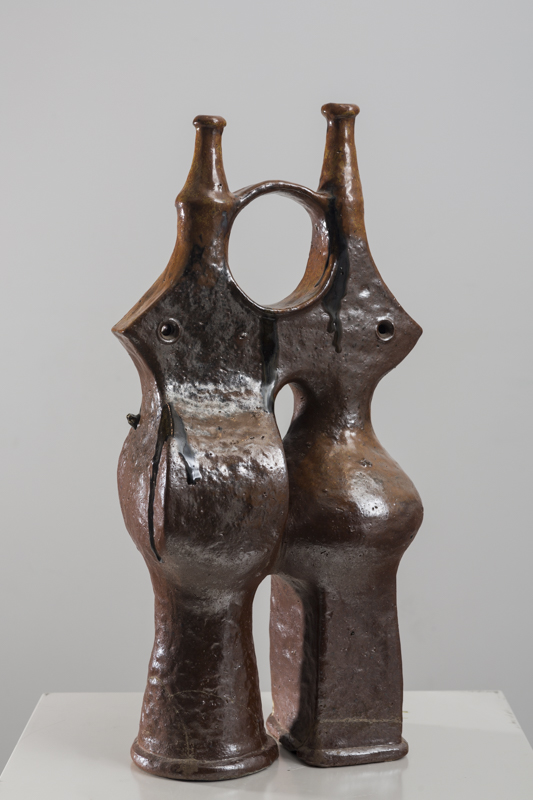 Born in 1935, Brickell is a New Zealand potter, writer and conservationist. He enrolled in a Bachelor of Science Degree at The University of Auckland in 1954. After completing his studies under the Post Primary Teacher's Bursary Scheme, Brickell established himself in the Coromandel in 1962 to teach at the local high school. But by the end of the year, he recognised that teaching was not for him. Instead he threw himself into full-time ceramics production, and the development of a narrow gauge railway on the property to help him shift clay, and his sculptural pots, between his studio and the kiln. His first and only teaching appointment was in 1961 at Coromandel District High School, which only lasted a few months. He then became a full-time potter and purchased his first property near Coromandel town. In 1974 he purchased the adjacent 60 acre property, which is the current location of his Driving Creek Railway and Potteries. In 1988, he was awarded Officer of the Order of the British Empire for services to pottery.